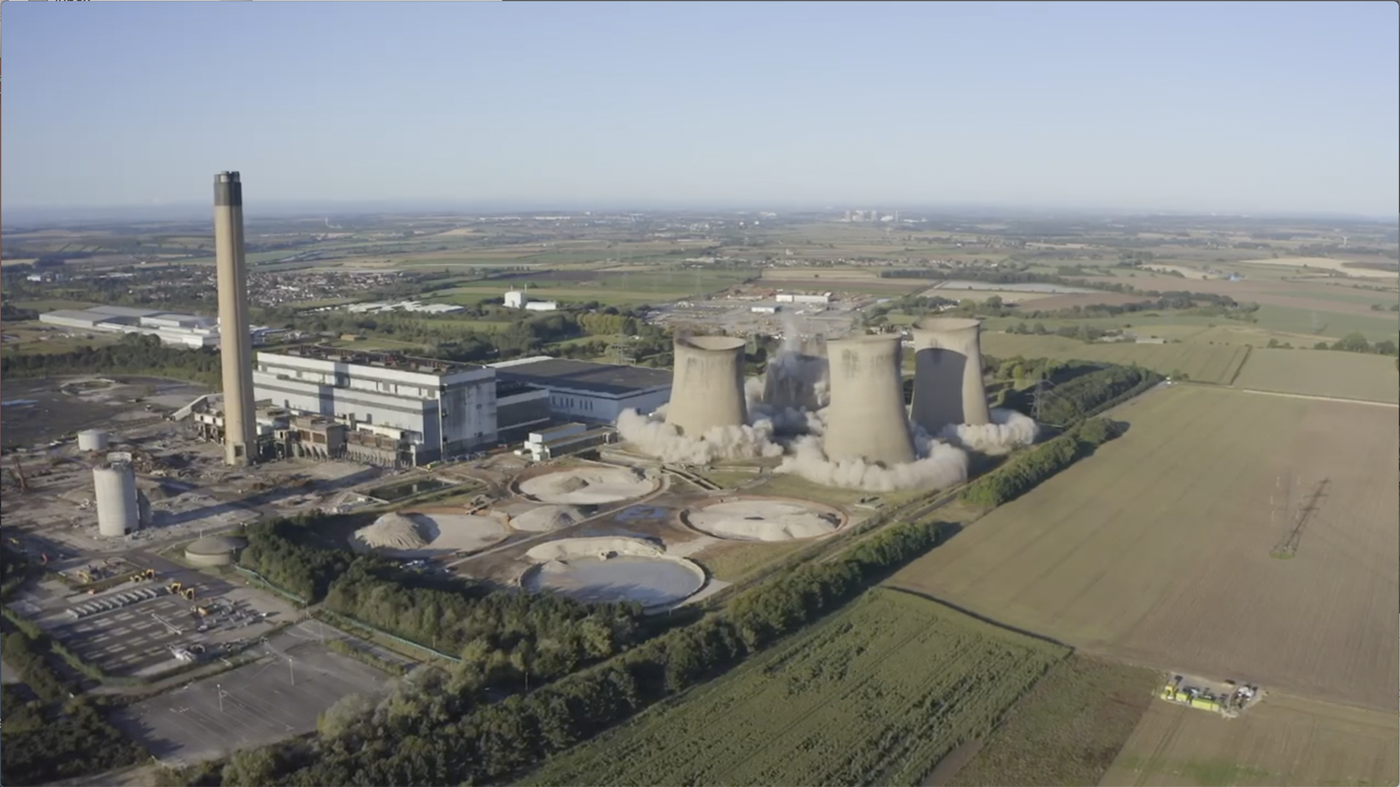 The second set of cooling towers at the former Eggborough Power Station have been demolished in the next “milestone” step towards redeveloping the site.

The controlled demolition of the remaining four towers was carried out on Sunday, October 10 shortly after 9am, within a secured 350m exclusion zone.

The “landscape changing” demolition was the next key milestone in the redevelopment of the site which is earmarked for mixed use regeneration in a Joint Venture by St Francis Group and Marshall Commercial Development Projects.

DSM’s project manager, James Fincham said: “18-months of planning and work on site to achieve what has been accomplished today is a testament to the demolition team on site and all involved with the project. Plans and preparation are now well underway for the further demolition works to be undertaken in 2022.”

St Francis Group’s director of operations, Simon Dale said: “On behalf of St Francis Group and Marshall CDP, I would like to thank the DSM team for their successful and safe implementation of our second explosive event at the former Eggborough Power Station plant.

“The team have worked diligently over the past few months to ensure the event was planned, co-ordinated and implemented safely. The removal of all 8no cooling towers is a significant milestone for the development, and we look forward to working further with DSM and others to regenerate this site and create economic development for the region.”

Dance school hotfoots it into final of charity challenge
Duet School of Dance has been selected as a finalist in the Viking FM Cash for Kids Sports Challenge.
Goole News -